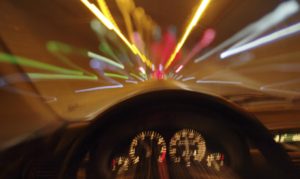 This week, the Governor’s Highway Safety Association (GHSA) in partnership with Responsibility.org released a report, High-Risk Impaired Drivers: Combating a Critical Threat, which emphasizes the need for a comprehensive and holistic approach to addressing the pervasive problem of High-Risk Impaired Drivers (HRIDs). HRIDs are impaired driving offenders who are likely to drive with a BAC of .15 g/dL or higher repeatedly, often due to a combination of drugs and alcohol. These drivers cause about one-third of all impaired driving deaths annually and are resistant to changing behavior despite sanctions, treatment, or education.

The approach
outlined in this report centers around involving practitioners from many
disciplines collaborating to identify the root cause of an offender’s behavior
and then determining what sanctions should be administered in what is referred
to as individualized justice. This approach may include alcohol/drug
monitoring technologies, transdermal alcohol testing, intensive supervision
that holds the offender accountable, and individualized treatment and aftercare.
Individualized justice is now identified by criminal justice experts as being
more effective at deterring HRIDs than the traditional legislative response of
heavy fines and incarceration.

A few key takeaways
from this report: