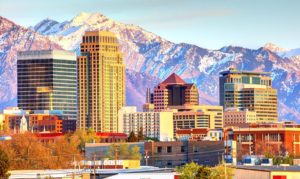 On Dec. 30, 2019, the state of Utah marked one year under revised DUI laws that reduced the blood alcohol concentration (BAC) used to identify drivers as impaired–down from 0.08% to 0.05%. The Beehive State was the first in the union—and remains the only state thus far—to adopt this lower BAC designation.

Now that the law has been on the books for a full calendar
year, the Utah Highway Patrol (UHP) has released 2019 data, reporting that
arrest numbers have remained steady. Annually, the state tracks approximately
10,000 DUI arrests.

However, shortly after releasing that data, the final numbers for DUI arrests in Utah over the New Year’s holiday were released. Arrests during that time doubled over last year’s figures, and 39 people were arrested for DUI on New Year’s Eve alone. The UHP attributes this change to a higher number of troopers on the road compared to 2018, suggesting that they simply caught more of these drivers in the act because of the increased patrol capabilities.

According to the UHP (via The Salt Lake City Tribune), the purpose of the 0.05 change was not about arresting people that wouldn’t have otherwise been arrested but rather was intended to encourage drivers to make better decisions. Of the approximately 10,000 DUI arrests in Utah each year, individuals with a BAC of between 0.05% and 0.079% account for only 7% of those arrests.

While that may be the case, The National Transportation Safety Board has noted that impairment can begin with as little as one drink and has recommended that all states shift to the 0.05% standard adopted by Utah. Many pose the question as to if this change will positively impact the issue of impaired driving; this recently released 2019 data coming out of Utah will likely continue to fuel the debate.

Note: There is a poll embedded within this post, please visit the site to participate in this post’s poll.