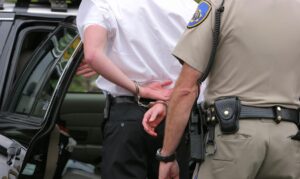 The problem of drinking and driving has been an issue for as long as the two activities have existed. The emergence of organizations like Mothers Against Drunk Driving (founded in 1980) and SCRAM Systems (founded in 1997) demonstrate the recognized need for society to tackle this problem head-on. However, according to a recent study from iprospectcheck.com, a surprising number of drivers are not even aware that driving under the influence is a criminal offense.

According to the survey, some states had rates as shocking as 56% (North Dakota), and others as low as 8% (Wyoming) of drivers who wrongly believe that driving under the influence is NOT a criminal offense. However, based on the 3,220 drivers surveyed, most states had an average of around 18-20% who held this inaccurate perception. Other critical stats revealed by this survey include:

The Impacts of Drinking and Driving

According to the National Highway Traffic Safety Administration, nearly 30 people in the United States die every day in drunk driving crashes — that’s one person every 50 minutes. While these numbers have declined over the last three decades, drunk driving is still the number one cause of death on our roadways, with crashes claiming more than 10,000 lives per year and costing about $44 billion annually.

Organizations like Responsibility.org make it their mission to share resources that can save lives. This site provides guides for how to discuss drinking with kids as young as elementary school age, and drunk driving resources for a variety of audiences such as policymakers and law enforcement officials.

Reducing drunk and impaired driving requires the combined efforts of courts, agencies, lawmakers, and the implementation of innovative state and county DUI programs to tackle the issue. The most successful drunk and impaired driving reduction strategies leverage technology in conjunction with court-ordered participation in alcohol programs. Requiring offenders to abstain from alcohol and be subject to continuous alcohol monitoring is proven to be effective in reducing drunk driving recidivism.

Undoubtedly, the first step of the process is ensuring that all drivers are aware that drinking and driving is a criminal offense with potentially dire consequences.