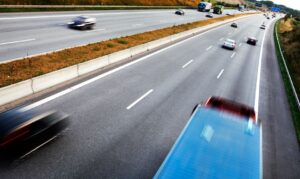 The National Highway Traffic Safety Administration (NHTSA) has released its annual 2019 traffic fatality data, including promising stats related to drinking and driving. However, preliminary data for 2020 shows trends moving in the opposite direction despite the pandemic shutdowns.

Alcohol-Impaired Driving Fatalities Down in 2019

Traffic deaths overall decreased nationwide in 2019 compared to 2018, according to data from the Fatality Analysis Reporting System. In fact, alcohol-impaired fatalities decreased in 2019 to the lowest percentage since 1982, when NHTSA first started reporting alcohol data. There were 568 fewer fatalities from DUI accidents, which is a 5.3% decrease from the previous year. To compare with the previous year, it is notable that in 2018 the reduction was 397 fewer fatalities, a 3.6 percent decrease over 2017.

DUI Tragedies Trended Up in 2020 Despite COVID-19 Lockdown

While we are months away from seeing official data for 2020, some preliminary information is already available, and it isn’t as glowing. Traffic deaths rose 0.6% during the first quarter of 2020 but fell 1.1% in the second quarter as coronavirus lockdowns restricted travel. But according to NHTSA, fatalities spiked 13.1% when restrictions eased again from July through September. While this statistic is partly attributed to an increase in risky driving behavior like speeding, a study found that last year, 65% of drivers treated at trauma centers who were hurt in serious crashes had drugs or alcohol in their systems. According to NHTSA it was 50.6% before the pandemic.

“[In 2019] we saw notable reductions in pedestrian and cyclist fatalities, as well as fewer lives lost in alcohol-impaired driving crashes. If we’re to keep building on these numbers, everyone needs to do their part by driving sober.”

Nationwide, some states are reporting an increase in DUI arrests and fatalities in 2020. Colorado death rates involving intoxicated drivers were twice as high as the previous year, and the state reported a 30% increase in DUI-related traffic crashes. Other states experienced a decrease in post-COVID-19 arrests, and in some areas of the country police traffic stops in general dropped by 90%.

“A big factor here is the lack of enforcement. We are hearing from many states that traffic stops have declined during COVID-19. Drivers feel like they can speed and get away with it, ” said Jonathan Adkins, executive director of the Governors Highway Safety Association.