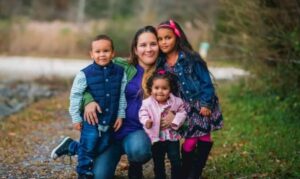 In November 2019, Marine Corps veteran and mother of three Tiffany Hill was shot and killed by her estranged husband. Despite having a restraining order in place, she died in front of her children while sitting in her car in their elementary school parking lot. Now, Washington state lawmakers have enacted changes in hopes of keeping this from happening again, with the implementation of electronic monitoring with victim notification (EMVNT).

A History of Domestic Violence

According to news reports, the Hills’ marriage had been volatile. The history was so extensive that the prosecutor in Tiffany Hill’s case asked for a $2 million bail for her abuser—the highest bail she’s ever asked for in a domestic violence case—because she felt that Hill was in such extreme danger of being physically harmed by him. Although the judge did set a bail that was considered high, he was able to make bail and was released from jail.

The timeline of events shows that despite the fact that Hill reported the abuse and went through the proper channels to try to protect herself from her husband, he continued to stalk and harass her, repeatedly violating the protection order, and ultimately shooting and killing Tiffany and himself.

How GPS with Victim Notification Works

The Washington Administrative Office of the Courts has now approved vendors to begin filling this critical need. EMVNT will be successfully implemented by providing GPS monitoring combined with victim notification technology. The supervising agency places a GPS monitoring device on the alleged perpetrator so that their location is tracked at all times. The victim is not required to carry or wear a GPS device but instead installs an app onto their own smartphone. The app allows victim location data to be sent to a server which can then identify if the GPS client enters prohibited proximity zones, particularly if they are near the victim’s location. If a GPS client goes within proximity to the victim’s phone, both the victim and the supervising authorities are notified.

Ideally, in a case like Tiffany Hill’s, a victim would be able to take appropriate protective measures by seeking shelter somewhere safe, giving control back to them in a way that has been previously unavailable.